In April 2020 the European Commission challenged before the European Court of Justice (ECJ) two Council Decisions taken within the Partnership Council under the CEPA with Armenia. The implementation of the CEPA required the establishment of joint institutions such as the Partnership Council, the Partnership Committee, subcommittees and other bodies. The Council laid down procedural rules for the functioning of the joint bodies under the CEPA in two separate Decisions: the first one relates to Title II of the Agreement and covers Common Foreign and Security Policy (CFSP) aspects; the other one relates to the rest of the Agreement and covers TFEU-related matters respectively.

The Commission did not agree with the choice of legal bases of the CFSP-related Decision, notably the substantive legal basis of Article 37 TEU and the procedural legal basis of the second paragraph of Article 218(8) TFEU. Furthermore, according to the Commission, the Council was not allowed to split artificially a single act into two different parts with different centres of gravity.
Continue reading 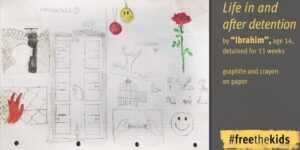